I’m an author of:

Are you ready to edit?

Get a Free Sample

Whether you’re a fiction writer or professional editor, this series is for you!

Touch can do a lot for you and in helping the reader experience the story world.

We know how touch is very important in describing in our books. This podcast tells you how you can make the ‘sense of taste’ memorable and how we should be using and implementing this type of sense.

Discover how to use the element “Sense of Sound” in a story to improve your writing now.

Get the FULL 38 Story Elements Educational Series. We release a new episode each week!

You can check out and follow all our published educational series.

JoEllen: Welcome to Publishing Power, my name is JoEllen and I am here today with Kristina Stanley of Fictionary and we’re back to talk about the 38 story elements. Hi Kristina!

Kristina: Hi JoEllen! We are out of an exciting port. We’re in the last of the senses in the story elements today.

Tell us about how we can touch our readers.

Kristina: You’re funny today! That’s awesome. Exactly what you said, we’re going to try and make readers feel, physically feel, what the characters.. so that as the character is experiencing something, so is the reader, because that’s why we’ve created let’s fix it.

JoEllen: Exactly, so we’re trying to get that empathy, sympathy, all that stuff going on there. Great! So how do we make a touch better in our writing because it’s unique and we’re not touching?

How do we make a touch better in our writing because it’s unique and we’re not touching..

Kristina: Okay, that’s right! So let me just first say we’re coming this last but that doesn’t mean it’s any less important than the other senses right? We want to use all of the story elements and all of the senses throughout and like the other senses, touch can do a lot for you and in helping the reader experience the story world, right?

JoEllen: Yeah of course, and if we can think of specific genres we have little romance and we have all kinds of detective scary stuff, we have alien kind of fiction and stuff so our sci-fi should say but any. How so we’re going to implement this, how do we make it better? Would we gotta do it? What do we.. What are we looking for? How do we write right? So what do we write?

Kristina: That’s the big question so, with touch, you want it again to be related to the plot. So if I burn my tongue on coffee, it doesn’t really matter but if I do that and because of that I spit it out and bend over really quickly right at the moment a sniper was going to shoot me and the bullet misses my head. OK, that’s fine right? It’s a little more exciting, maybe a bit coincidental but it’s better than just in some random scene I broke my tongue on coffee. Right? So you want to make sure that

as with all the senses it is related to the plot you want to describe it in a way that there’s no filtering,

so you don’t want to be saying she felt the hot stove element. Right? One describes it in some way. You also want to make sure that you’re varying your different things a reader feels sorry, the character feels. And one example that comes to mind is you know you’re nauseous over something ’cause you have a lot of anxiety. Can’t use it too much the characters feeling it, but if it’s repetitive it loses its impact. So you know her stomach feels bad every time she’s anxious about something it gets repetitive and then dull. If you use it and ramble up that she starts throwing up and then it causes an ulcer and there’s some escalating feeling there with the touch, that’s great, you mentioned the romantic genre. You know basically in a typical romance when the lovers finally get together the stories over, so you can’t, you can have the break up being seen at the beginning and right you can have them get together maybe they slept together and then they break up for whatever reason and there are all these conflicts but in the end in the final get together all of that touch is done in the climax scene and then the resolution you don’t want to repeat that. Right? Stories over and I see that a little bit with romances sometimes that they’ll be a like a resolution lover scene where there are lots of touches well we already saw that in the climax and now you’re thinking just you know close off the loose ends and move on I’m gonna skim this part ’cause I just saw it.

JoEllen: Maybe it’s erotica so maybe you want to go through it again.

Kristina: But that’s different showing you. Absolutely and there’s a space for.. that’s exactly the point. Right? Does that know your genre and how to apply this sense in that genre?

JoEllen: Exactly. Exactly. So the pitfalls, tell us what to avoid? I mean you are telling us but a little bit yeah but..

Kristina: You know you want to help the reader experience it..

So if I elude a little bit earlier, so let’s say you know I put my hand on an element or Susan she’s my favorite character I was just so switching touches an element Susan ripped him off the element, her skin bubbled and she fell to her knees, right, so there I’m not saying it hurts not using the word hurt I’m using OK her skin bubbled. That hurt. You know it you feel it you think yeah we’ve all had a little burn some people had big birds which is an extremely painful thing and even a little burn hurts and the reader will know what especially for skin bubbled that’s a pretty awful feeling so it’s really the biggest pitfall I see is telling the reader it hurt as opposed to using a specific example.

JoEllen: Exactly and I think the description of the results is a lot more like you said, rather than trying to explain what happened or even trying to explain how they felt about it what do you see and how does that make you feel you know if you see skin bubbling you know I I know that a writer is effective when I feel what do I say almost like I’m sick in my knees, I don’t know how to explain it, I got him you know and that’s when it can evoke that emotion then you know you’re using it successfully. So what can we do today we’re going to go through all of our scenes and we’re looking for ticking off that we’ve used it but specifically for touch because that seems to be easier or the most I don’t know it just seems a little bit easier to me to talk about what you’re touching and doing but instead of talking about the action.

JoEllen: Exactly and remember some people are more sensitive to a specific sense than others so if you omit one you have omitted a person who is more audio or more visual or more sensual so essentials, tactile I guess is a better word but it’s very important, it’s super important because not all of us think or feel in the same way and you want to catch everyone not just genre people at general but make it a personal connection so that’s very good.

Excellent! Lots of homework, as usual, we’re making them work it out but again thanks for coming in, walking us through the scenes, and how we can use our five senses in the scenes if you liked what you’re hearing please share it with your friends and let’s get some more great writers out there in the world so that we can all be successfully publishers. Thank you for joining us today Kristina!

Kristina: Thanks JoEllen, see you next week!

Enter your email to connect with other authors and get free advice:
Discover More
Articles 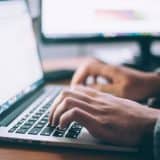 5 Principles of a Thorough Self-Editing Process 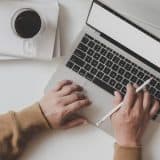 How to Navigate the Four Stages of Book Editing: A Professional Editor’s Guide 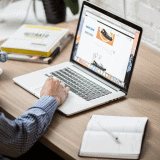 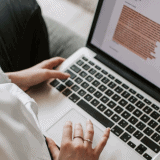 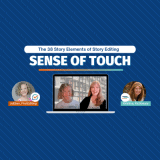 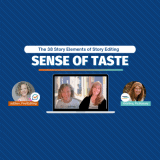 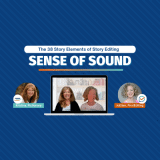 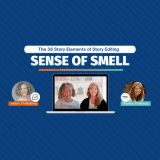 Start Here
Be safe during Corona! We are open 24/7 to help whenever you need. By continuing to use our site you agree to our terms. OK