How To Use Possessive Nouns

It is one of the greatest challenges of a writer to get the grammar and spelling of words and sentences right. That is why editors do so well in the industry helping writers get everything right the first time. One of the most common challenges, however, is writing possessive nouns. It is almost an acquired skill, as there are various rules connected to the use of possessive nouns; rules that can be very confusing if you don’t pay close attention.
The reason we have to use possessive nouns is to indicate ownership. The noun describes the person or thing, while the apostrophe “s” (‘s) is intended to show the ownership/possession of the thing it is referring to. It doesn’t have to be a material thing that is known by the “’s.” Attitudes, emotional states, etc., are also referred to by using a possessive noun.
You may find yourself wondering how to write a possessive noun and when and where to append the “’s.” It’s not always as simple as it seems, and the rules are not always well-known. It is, however, crucial to get it right to avoid confusing your reader or losing the meaning of your sentence to a stray apostrophe.
You also need to know when you’re dealing with a possessive noun. The rule of thumb is that you should turn the sentence/word into an “of the …” phrase (e.g., The cat’s toy = The toy of the cat; Peter’s attitude = the attitude of Peter; the policeman’s mistake = the mistake of the policeman, etc.).
The question of how to write possessive nouns is quite easy to answer, but infinitely harder to implement.

How to use Possessive Nouns

Let’s start with the basics: If you are referring to something that somebody owns (e.g., a car), use his/hers, theirs, etc., without using “’s.”

In cases where you are using a name to indicate ownership, you now place an “’s” at the end of the word (e.g., Suzie’s car; John’s attitude; Peter’s walk; Sarah’s expression, etc.). If you’re referring to an object, place, or furniture, you DON’T use the “’s” (e.g., the hotel room; chair leg; house door, etc.).

Where the plural ends with an “s,” you only add an apostrophe after the last “s,” (e.g., The cats’ toys; the different states’ laws; the bosses’ suits, etc.).

When you’re looking at compound words, the “’s” is added onto the last word of the compound word (e.g., My mother-in-law’s favorite recipe).

In the case of joint possession, the last person gets the “’s” added to their name (e.g., John and Peter’s plans).
Once you’ve got a fair understanding of all the rules about how to write possessive nouns, it may be easier to put together the sentences in your writing, as well as be able to spot the errors in your and other people’s writing.

Now the challenge lies in writing possessive nouns in an appropriate, coherent way that gives clear meaning to your sentence, paragraph, and document. Success lies in the grammar and spelling of a text. There is nothing as off-putting as reading something that is grammatically unsound and sports a multitude of spelling errors.
Successfully taking care of the little “’s” will help you take care of the bigger issue at hand: The telling of your story. Learn the rules well and then have fun using them in creative ways. 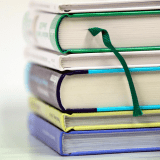